We grabbed a rehearsal-room chat with the Oedipuss team.

Oedipuss in Boots has had quite a life already, hasn’t it?
The show was first made in 2012 at The Wardrobe Theatre’s original home, above the White Bear pub at the top of St Michael’s Hill. We made it in a really short space of time, with a tiny budget. It was a real fringe-type show – we did it 12 times, and about 300 people saw it. We toured it the next year, and thought that was the end of it.

Then the Wardrobe moved into its new home, and we did some great Christmas shows over the years which were now being seen by around 4,000 people. We had always wanted more people to see Oedipuss in Boots, so we decided to bring it back! 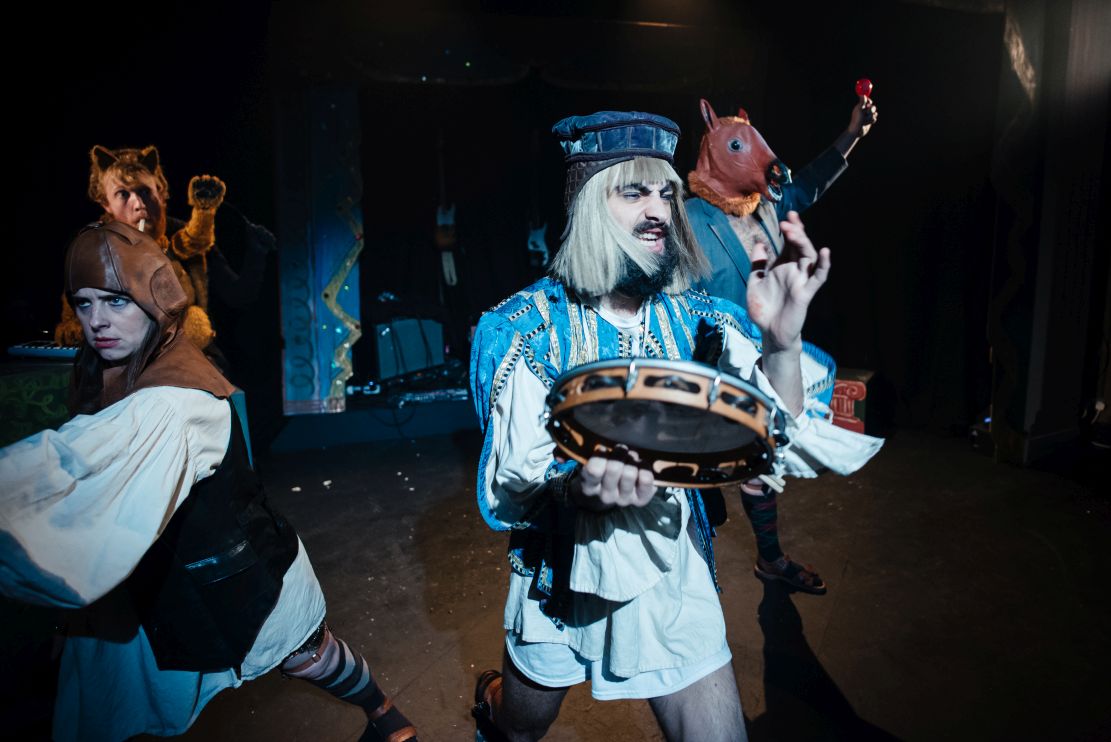 What was it like to revisit the show years later?
It’s been great working on the show in the new space. Now, we have more budget, space and time, which has allowed us to reimagine lots of aspects of the story. We’ve improved the puppetry, enhanced the set and even added another cast member. That said, we definitely wanted to keep the spirit of the show. It was necessarily lo-fi back in 2012, and we wanted to preserve the essence of that comedy – but give it some shine. Even now, in rehearsal, we’re finding new gags! 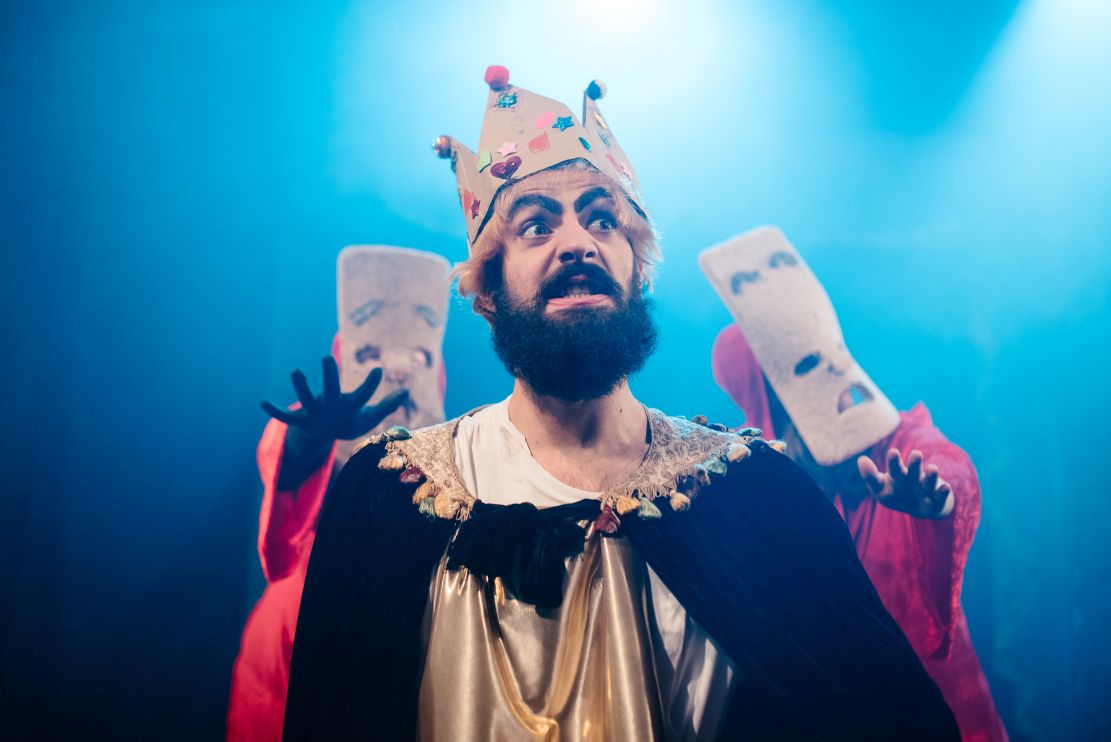 How do you come up with your mash-up shows?
We usually pick things that we ourselves can relate to, on a pop-culture level: things that inspire us, things we know best. With Muppits Die Hard, we were all fans of both The Muppetsand Die Hard so our imaginations started working straight away.

In terms of devising the shows, the challenge, aesthetically, is making two contrasting worlds fit together. With Goldilock, Stock and Three Smoking Bears it was a case of making a gritty London aesthetic match with a twee happy fairy tale. You try and find a common ground; in both of those stories it ended up being, surprisingly, the violence.

Once you’ve found the common ground, you have the arduous task of finding a story that fits. We realised it’s not about hitting every story beat – it’s about finding the bits you want to see. With Goldilocks, for example, you’ve got to include the porridge. 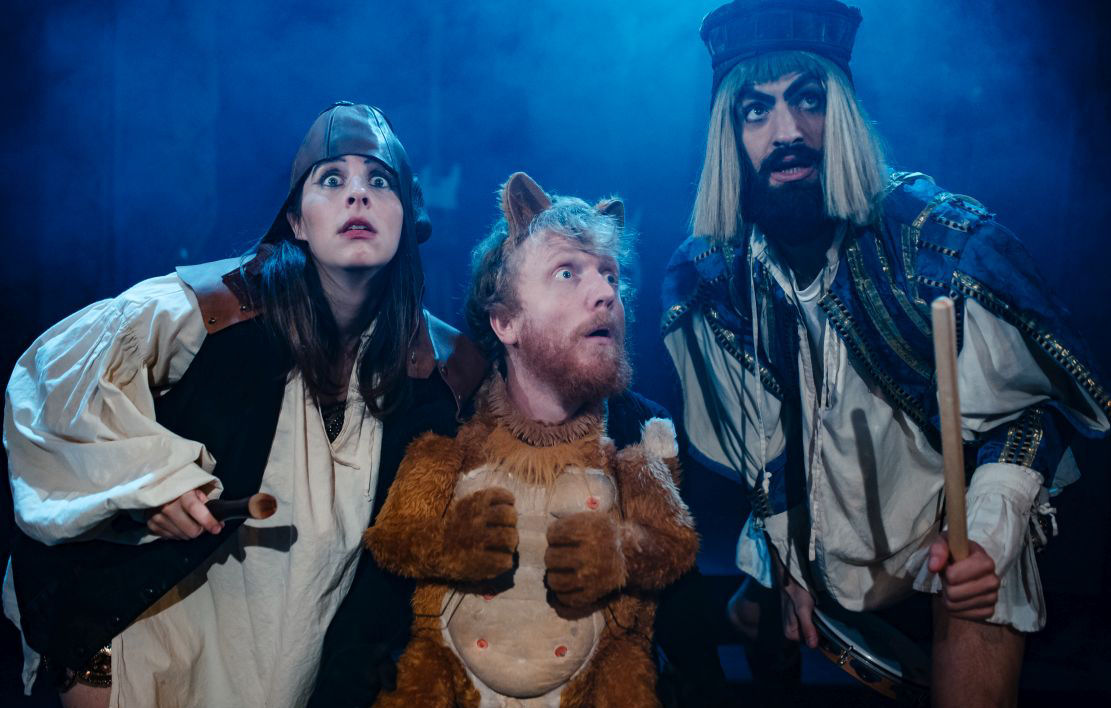 And how did this process go for this particular show?
With this one, we’re mixing Greek tragedy and pantomime. Right at the very start, we were playing with pantomime conventions such as villains and horses, alongside themes from Greek tragedy – the chorus, etcetera. Over time, the show has morphed into a really fun, broad alternative adult comedy. The Christmas element of the original of it isn’t so pronounced anymore, nor is the sense of pantomime. What we really wanted to make was ‘anti-pantomime’ – the opposite of a pantomime.

Are you excited to perform the show at Tobacco Factory Theatres?
Really excited! We had a fantastic run at the Wardrobe Theatre at Christmas, with a good mix of new fans and people who had seen it previously. It’ll be great for a new audience to experience the show in an even bigger space.

Oedipuss in Boots is at Tobacco Factory Theatres from July 2-14. For more info, visit www.tobaccofactorytheatres.com/shows/oedipuss-in-boots

Sorry, there are no results to display